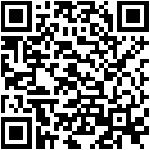 Dr. Le Minh Tam graduated with his medical degree from Hue University of Medicine and Pharmacy in Hue, Vietnam, and has been working in the Department of Obstetrics and Gynecology since 2001. He earned his master's degree in OB/GYN at Hue University of Medicine and Pharmacy between 2002 and 2004. He was awarded a DAAD (German Academy of Exchange Service) long-term fellowship for joining the University of Freiburg's Ph.D. program in OB/GYN from 2006 to 2009. Since 2001, he has served as a University Lecturer in the Department of Obstetrics and Gynecology, Director of the Center for Reproductive Endocrinology and Infertility (HUECREI), Vice Chairman of the Department of OBGYN, executive committee member of the Vietnam Society of Gynecology and Obstetrics (VAGO), general secretary of the Vietnamese Journal of OB/GYN, and vice president of the Vietnam Society for Sexual Medicine (VSSM).
Dr. Tam received training in reproductive medicine at a variety of institutions, including Shady Groove Fertility in Maryland (2014), the University Hospital Tartu in Estonia (2013), the PREG center in Greenville, South Carolina, and Memphis, Tennessee, the United States of America (2012), the OBGYN program at the University of Tsukuba in Japan (2011), the Freiburg Women's Hospital in Freiburg (2006-2009), the University Hospital of Guangzhou in China (2006), and a one-year IVF training course in 2003
Dr. Tam has over 100 publications in Vietnamese journals (first or corresponding author > 75%), 45 international publications, and 20 conference presentations.

His primary research interests include the following: