The support for Vietnam health system through a comprehensive approach to strengthen the capacity of health workers in the curriculum renewal was one of the objectives that the Health Advancement in Vietnam (HAIVN) organization aimed at.

The main content of the meeting was to find out about the current status of General Practitioner training programs in Hue University of Medicine and Pharmacy, to agree the plan to collect evidences for setting up the project outline IMPACT-MED.

Speaking at the meeting, Professor Cao Ngoc Thanh said that Hue University of Medicine and Pharmacy was selected by the Ministry of Health as one of three medical training centers in Vietnam, which could provide national medical certificates. Therefore, the university assumed the responsibility for providing adequate health human resources to ensure the quantity and capacity of the central region - Highlands, mainly focusing on training general practitioners based on Medical reform provisions of the Health Ministry. The university was also grateful to some health organizations who were always interested in and created favourable conditions for development cooperation and hoped that the upcoming policy will function well in term of health care for the central region - Highlands. The university also hoped that with the close cooperation between Hue University of Medicine and Pharmacy and the international partners, especially the United States in recent years will be further developed in the upcoming period. The university was committed to creating favorable conditions and good cooperation with other sides to implement the activities on schedule and targets. 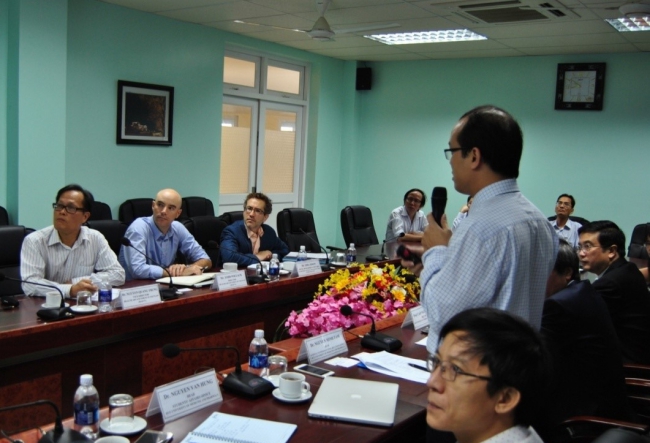 Dr. Nguyen Minh Tam, Head of Science – Technology and International Relations introduced to the experts about Hue University of Medicine and Pharmacy 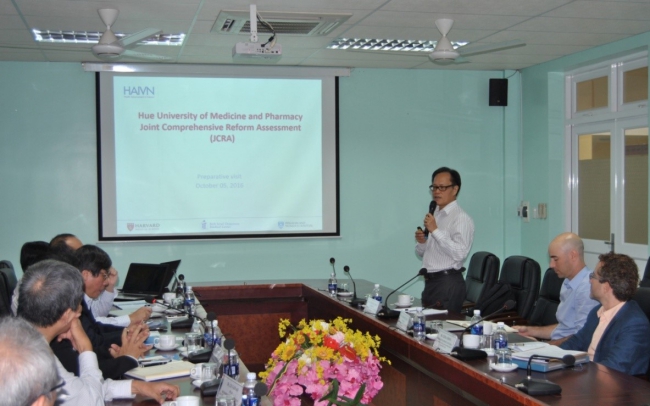 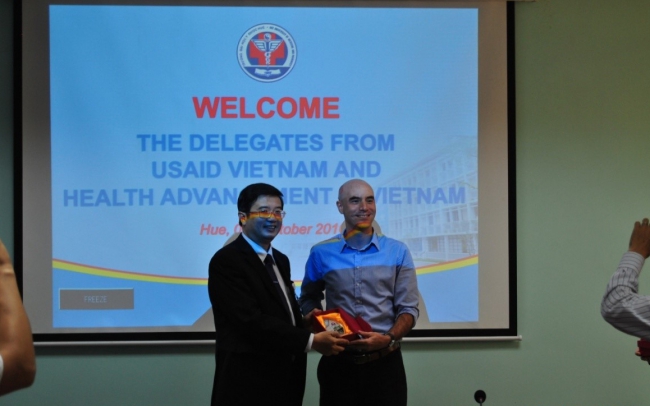 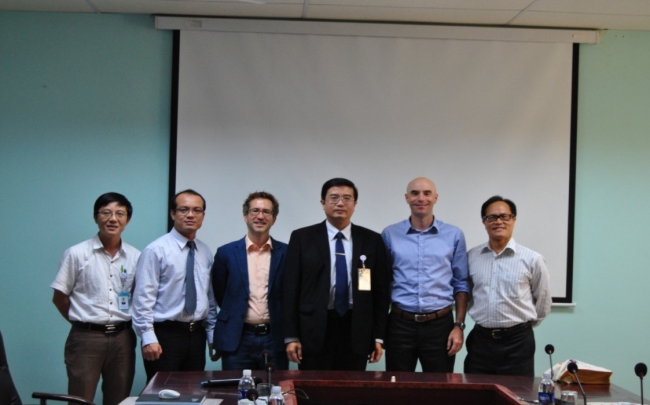 University representatives and experts from USAID and HAIVN were taken a photo at the meeting.