UBL technology (Ubiquitous based-learning: learning anywhere and anytime) is a Korea's achievement of advanced scientific education and has been widely used in many countries such as Korea, Indonesia, Philipines, Nepal, Mongolia, the United States, and some European countries. This technology uses an internal network system connected with solar power and a tablet-friendly interface. Also, it is an easily operated, economical, mobile, and electricity and internet-independent technology compared to other ones

UBL was introduced and piloted in Vietnam in the period of 2012-2014 in several elementary schools of Hai Duong Province through the Department of Continuing Education – Ministry of Education and Training. At the beginning of the year 2015, UBL technology was introduced for the first time in Hue University of Medicine and Pharmacy (the first university in Vietnam) by NsDevil Company through the activities of project “Enhancing capacity for Faculty of Nursing, Hue UMP and Establishing the emergency medical system” sponsored by Korea’s Ministry of Education and National Research Foundation. Until now, many training courses and developed course in the UBL field has been implemented at Hue University of Medicine and Pharmacy for more than 100 Lecturers of Medical Department and Health Sciences, Leaders, specialists of management units in terrms of training and examination. Beside the UBT training course carried out in Hue UMP in terms of medical and nursing fields, this project also includes public health educational courses for people in remote areas.

On that basic, since 2017, Hue University of Medicine and Pharmacy with the support from Hue-Gachon Project and NsDevil Company has deployed the second technology called UBT (Ubiquitous based-testing: examination and evaluation of students using a tablet). UBT is a technology which is used to evaluate, examine the capacity of course participants. In Korea, UBT technology has been applied in many prestigious Universities of Medicine and Health Sciences and has also served as a technology for implementing the National Lincensing Examination for Medicine, Odonto-Stomatology and Nursing. UBT has been started to be used in other countries such as Nepal, Philippines, and Indonesia as well.

On the afternoon of Sep 12th 2018, after such a long period of preparing and developing the test kit, training for the core group, Hue University of Medicine and Pharmacy organized a Mock Test for around 150 third-year medical students. Participants of this event were Ms. Choi Yunil – UBL/UBT Project Coordinator of NsDevil Company in Vietnam, Assoc. Prof. Dr. Nguyen Vu Quoc Huy – Acting Rector of Hue University of Medicine and Pharmacy and lecturers in Project Management Board, Office of Educational Testing and Quality Assurance and Office of Undergraduate Academic Affair. The Mock Test was successfully performed with various positive comments and feedbacks from students.

These activities results will be utilized to analyze and provide recommendations for official and widespread application on other fields at Hue University of Medicine and Pharmacy, in the region, and nationwide; heading to National Licensing Examination in 2020 according to the development plan of Ministry of Health. 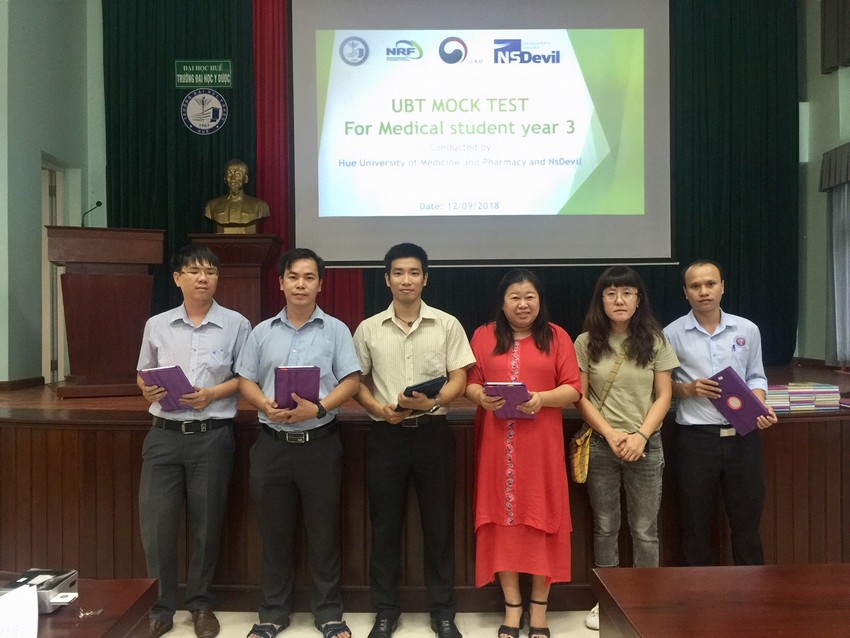 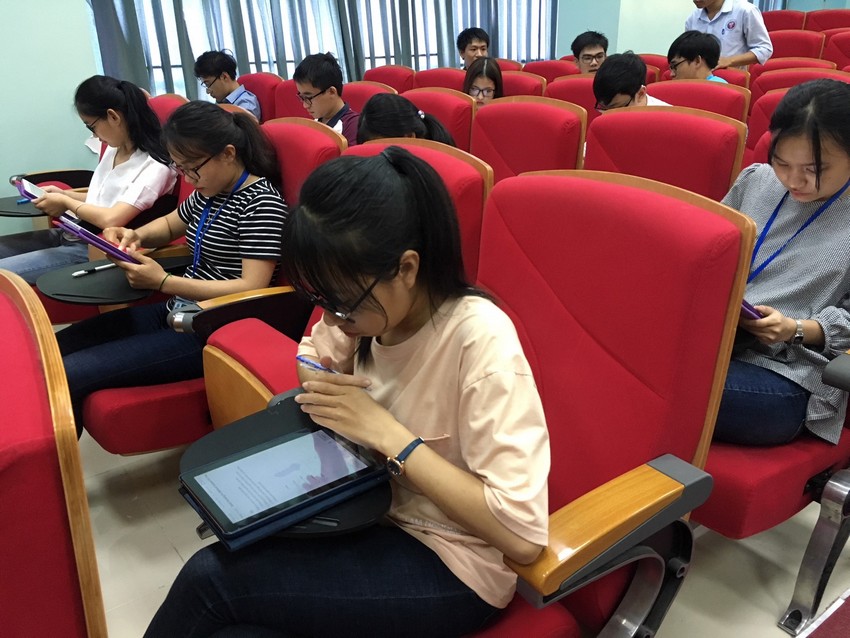 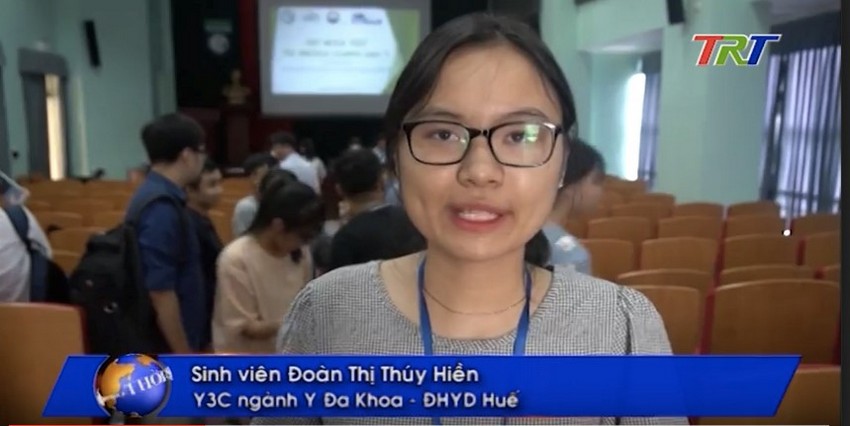